Doc. Cinzia Sisti was born in Carviglia (RA) on the 5th January 1963. After diploming in the scentific high school, she signed up in the Medicine and Surgery Florence University, where she gradueted with the highest mark on the 4th March 1992 with her thesis “Breast reconstructive surgery after cancer removal”.

In 1992 she obtained professional medicine license and won the contest to do a specilization in Otolaryngology and in facial C.T. pathology, includng a Kinlger scholarship.

She also attended a lot of courses  and congresses about Aesthetic medicine and surgery and dissecting surgery, gaining work experiences both in Italy and abroad, for example at the Sloan-kettering Memorial in New York.

She is specialized in Otolaryngology and facial C.T. pathologies. She is gradueted in Aesthetic medicine and has a Master in Morphodynamic Aesthetic surgery.

Psoriasis and the cure 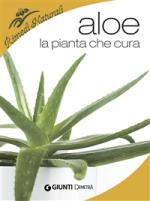 A manual textbook about the straordinary therapeutic properties and the main application fields of aloe.
Scroll to top
We use cookies to ensure that we give you the best experience on our website. If you continue to use this site we will assume that you are happy with it.Ok